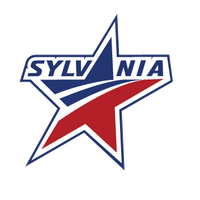 home of the north stars

Goaltender drill of the week

Matt Stevenson was a passionate hockey goalie who died in a tragic car crash on June 24, 2011.  He loved the sport, the goalie position, and had his sights set on helping teach and develop young goaltenders.  In Matt’s memory, we have begun a GOALTENDER DEVELOPMENT PROGRAM for the NW Ohio hockey community.  With the assistance of Sylvania Tam-O-Shanter, Mike Mankowski, Mitch Korn, Shane Connelly, Jimmy Spratt, Josh Unice, Jeff Lerg, Nate Phillips, Trevor Sattelmeier and those who have donated to operate this program, we honor Matt’s memory.

Phillips comes to Bowling Green following three seasons as the Associate Head Coach of the Culver Military Academy U16 AAA team. He also served as Goaltending Coach for the boy’s and girl’s programs.

Phillips has also been active in the various levels of youth player development camps of USA Hockey including Michigan, Mid-Am, Southeast, Pacific districts, and National camp. Internationally he studied player and goaltending development in Finland, Czech Republic, and Sweden.

Prior to Culver Academies, Phillips played college hockey as a goaltender at Michigan State University from 2011-16. In his time as a student athlete, he was a three-time Academic All-Big Ten honoree, and a Big Ten Distinguished Scholar. Phillips graduated with a bachelor’s degree in English. His hometown is Jackson, Michigan.

Designed for beginner through AAA/High School goaltenders (ages 6-18 yrs), the program is designed to keep the goalie sharp, troubleshoot, and begin the development and education process of goalies and coaches in season.  Each clinic consists of a mandatory “classroom” period, teaching and explaining the skills and concepts, followed by an ice session in which those skills are “executed” upon in station format.  Goalies, parents and coaches are invited.  Each clinic is limited to 28 goalies. There is no fee for this program.

Saving… how to leave your feet

Breakaway clinic / how to “scramble”